Macrocritical Resilience is the fast track to shared prosperity

We are entering a new age for the Earth’s climate and for the way we conceive of finance.

“Macrocritical resilience” is a wonky way of talking about reducing risk and achieving health in areas of activity that affect everything you live and strive for. It is a common sense idea: the underlying foundations of value are more valuable than anything you can buy with money. Risk and resilience are operational realities, affecting everyday lived experience, market dynamics, and the fate of nations.

Climate disruption is generating ever more destructive extreme weather events, putting countries on every continent at risk of macrocritical value loss—a disruption of economic progress that can take generations to come back from. The impact is “macrocritical”, because it affects the overall macroeconomy in critical ways that have long-running repercussions.

Resilience is the ability to “bounce back from a shock”. A tree bends so it will not break in a heavy wind. Systems need to be able to get back in shape after being hit with a major disruption.

On Christmas Eve, 2013, the small island nation of St. Vincent and the Grenadines experienced the most intense rainfall in its history. 15 percent of gross domestic product was wiped out in just a few hours. In 2004, Hurricane Ivan caused $900 million worth of damage in Grenada—more than twice the nation’s GDP. One of the executive directors of the International Monetary Fund noted that when so much value can be lost so suddenly, “you no longer know what the value of a dollar is.” 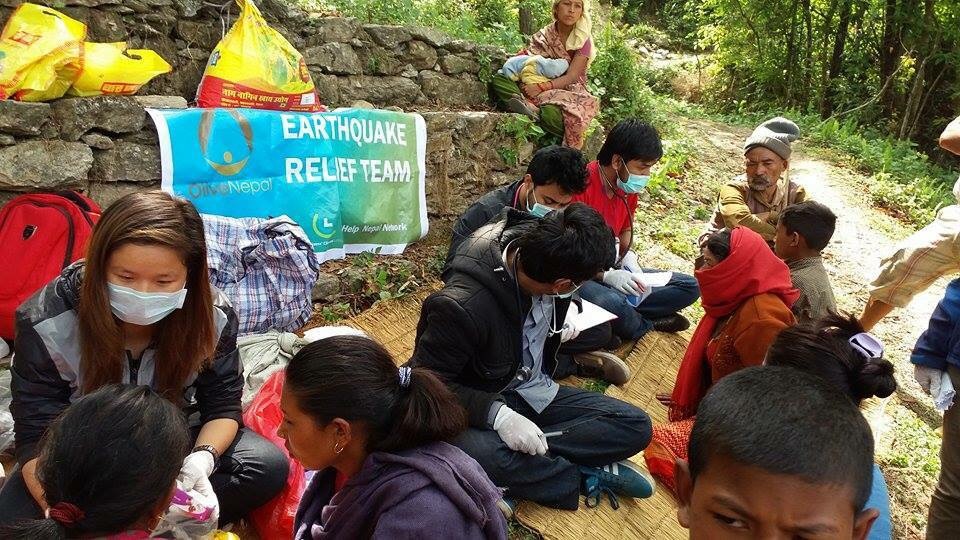 A team of citizen volunteers provided needed health and recovery support to villages affected by the 2015 earthquake that ravaged Nepal. Climate resilience is partly about ensuring glacial melt and landslides are less of a threat to human populations. Photograph: CCL Nepal.

Climate considerations must be mainstreamed into our global financial architecture.

Leaders in business and finance are beginning to see this as well. In his 2020 letter to CEOs, BlackRock CEO Larry Fink observes that “climate risk is investment risk”, and adds that:

This is also the view the IMF has taken, as it comes to grips with the many ways in which macrocritical drivers of value affect national budget outlooks. It is known, for instance, that between two countries that have similar resources, similar populations and similar national budgets, if all other things are equal, the one which refuses to educate young girls is far more likely to descend into sectarian conflict; its budget outlook is tainted by the macrocritical impacts of under-educating girls and systematically excluding and mistreating women. 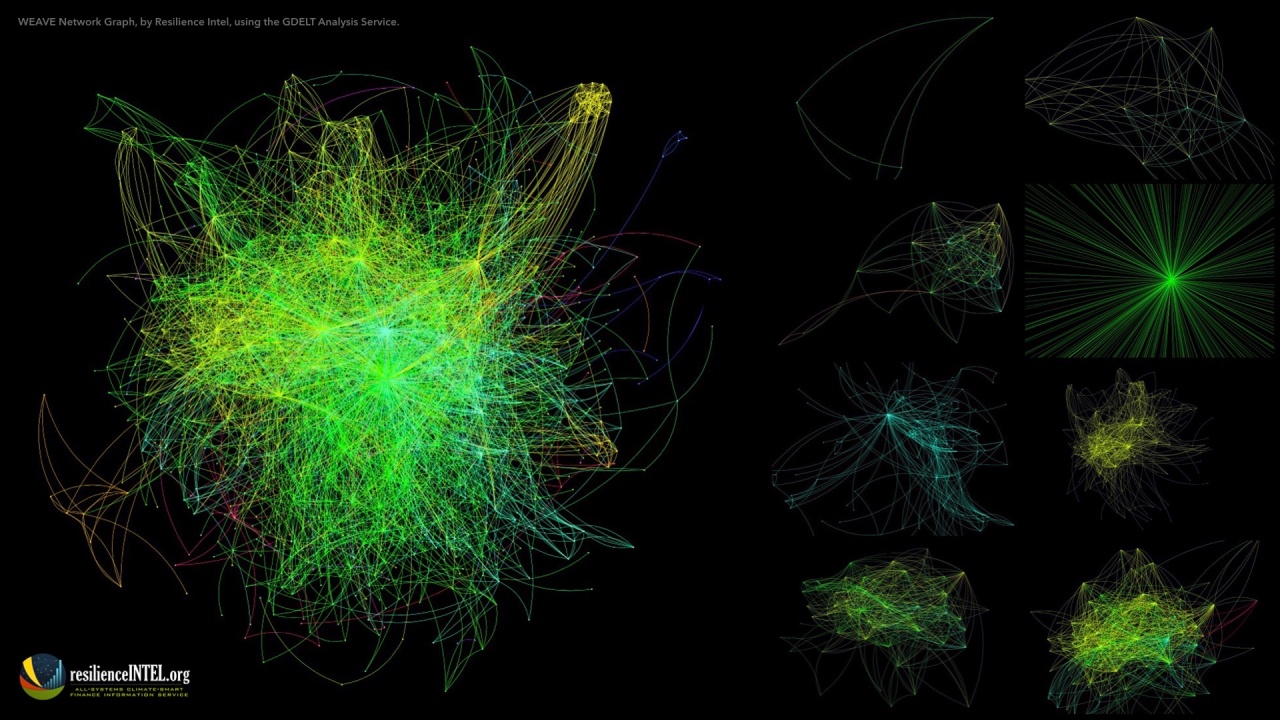 We are entering a new age in the life of Earth systems, and in the evolution of human civilization, but also in the way we conceive of finance—its purpose, its vulnerabilities, and its power to generate good outcomes. As we see more and more clearly that universal education, gender equality, food and water security, and climate resilience, are macrocritical drivers on which all other value ultimately depends, major financial institutions, both in the public and private sector, are learning how to measure their performance against macrocritical indicators.

The 17 Sustainable Development Goals were agreed by 193 member states of the UN General Assembly, and aims to achieve 169 action-specific targets. The Paris Agreement will operate through 195 Nationally Determined Contributions to the global climate response. These historic agreements now serve as mapping and design operations for a macrocritically resilient future. They are also ways to make sure money flows to what will empower people to sustain the systems that sustain life, human adaptive capacity, and value over time.

On 11 April 2020—as the world faces historic economic disruption due to the COVID-19 pandemic emergency—13 European climate and environment ministers published a joint letter, calling on the European Commission to use “the European Green Deal as a framework” for a “comprehensive EU recovery plan integrating the green transition and digital transformation”.

There may be no more economically efficient way for the societies to emerge from the COVID-19 disaster. 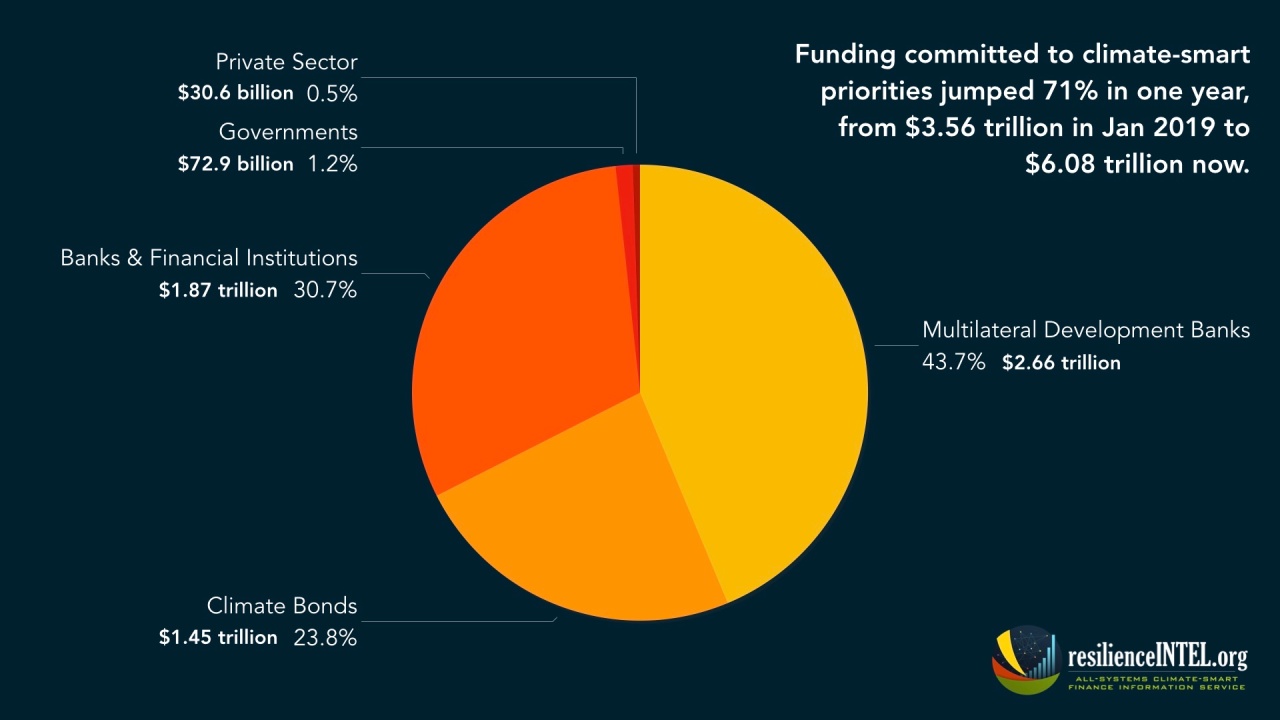 The January 2020 update to the Resilience Intel climate-smart finance aggregate found $6.08 trillion in committed funds across 5 sectors—a 71% increase in just one year. Climate finance will increasingly flow through existing streams of investment, at all scales. If just 1/12 of bonds move into climate-smart investment strategies, $1 trillion per year would be going to work to secure our climate future.

That major increase came during two years when major conventional asset classes were struggling to show consistent gains, and the gap in new income growth was widening ominously. The higher value of climate-smart asset-building is now more urgently needed than ever before.

In many ways, macrocritical resilience is what people in all societies have always had in mind when they thought about what it means to build a strong, safe, and prosperous society. What is different now is that we can more clearly see that degradations of fundamental values cannot be discounted or swept under the rug. Those mistakes and inefficiencies scale up into systemic threats.

It’s time to stop funding harm and build the future of deep-rooted prosperity we all want to live in.

This article is adapted from “Finance for deep rooted prosperity is coming”, which was first published in The Guardian, on October 17, 2016. 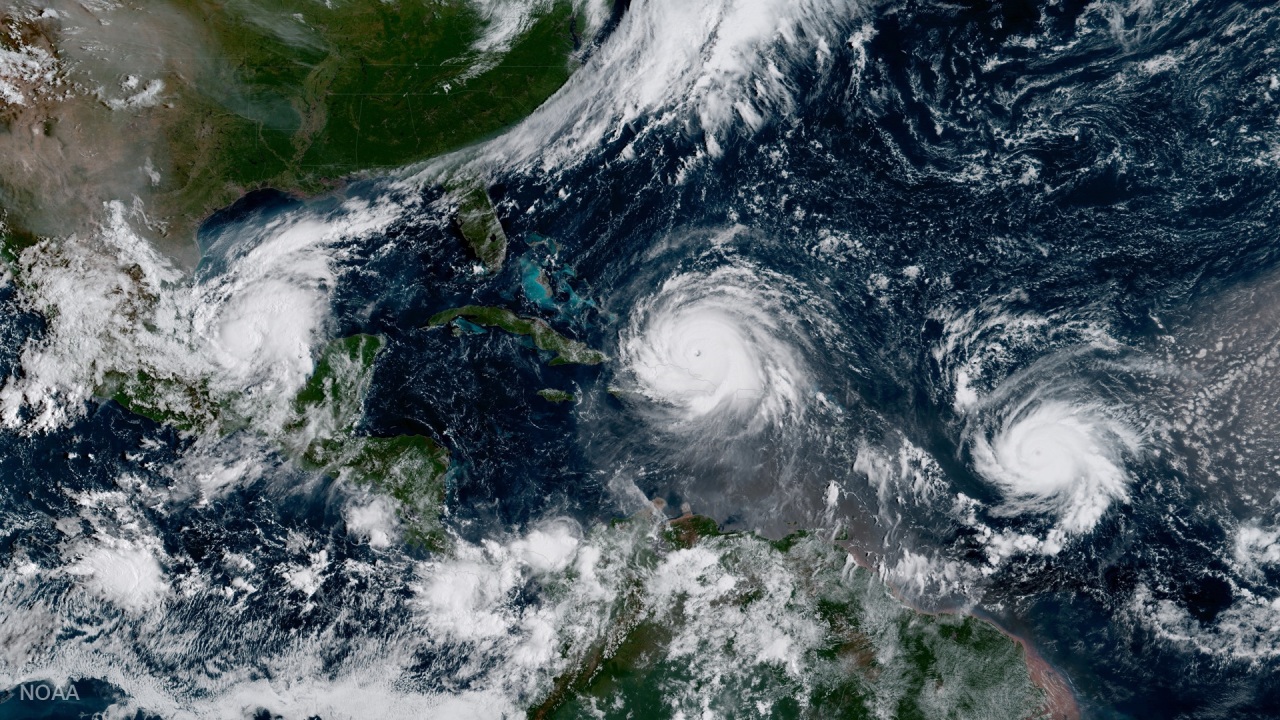 The featured image at the top of this article was captured by the NOAA GOES satellite system. It shows the first time on record when three hurricanes made landfall simultaneously in the Atlantic-Caribbean region. In the center is Hurricane Irma, obscuring Hispaniola and Puerto Rico; to the right is Hurricane Jose. Hurricane Katia is on the left of the image, west of Mexico’s Yucatán Peninsula. Photo credit: NOAA.